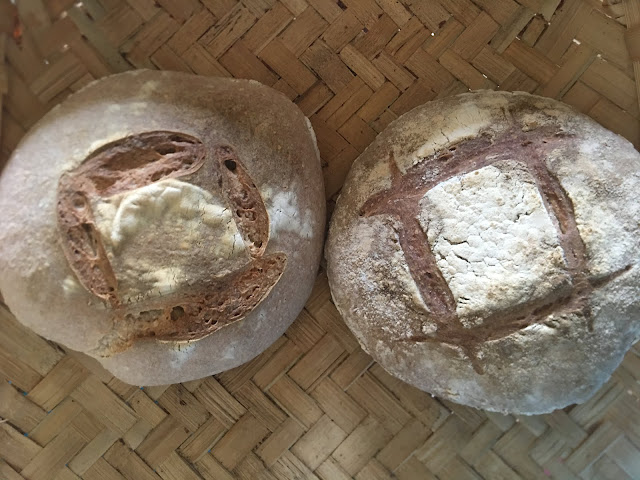 The loaves in the picture above have been made from the same dough (the country loaf recipe from the Tartine book - with a couple of adaptations. that allowed me to use more wholewheat flour than the original recipe suggested). I faithfully followed the fold and turn method every 30 minutes for the entire bulk fermentation period (3 hours).

After the final shaping,  the loaf on the right was allowed to rise for only 2 hours, while the one on the left was left for over 11 hours in the refrigerator. 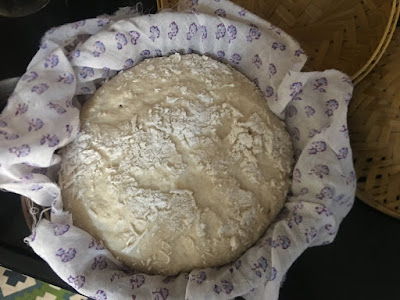 Interestingly, the heights of both loaves after baking were almost identical, as was the lightness of the crumb and crispness of the crust. The taste, as expected, was much milder and almost milky in the loaf that was baked after 2 hours, while the other had stronger acidic overtones. 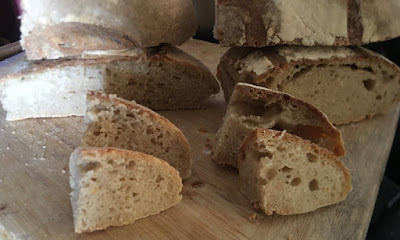 What was unexpected, but interesting, was that the air pockets were distributed more evenly in the loaf that had been left overnight for a second proofing. I guess the yeast had had time to do its rounds across the length and breadth of the bread. 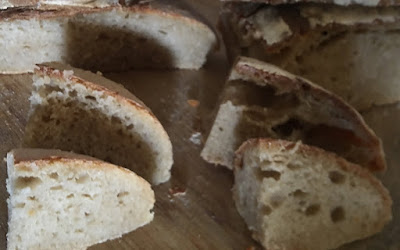 My verdict? While the longer proof made a nicer looking crumb, the one with the shorter proofing time was more dramatic and satisfying to eat.

Email ThisBlogThis!Share to TwitterShare to FacebookShare to Pinterest
Labels: sourdough