Baked pumpkin pudding in a cup 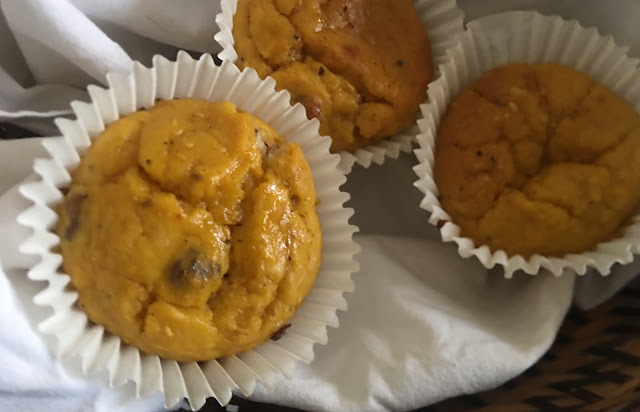 For some reason known to farmers and mother nature, the markets here are flooded with the sweetest, orangest pumpkins I've ever eaten.

And although I'm fast running out of things to cook with pumpkins, I can't help but buy more when I see the chubby vegetable!

This recipe started life as one for pumpkin muffins, but I just kept adding pumpkin and presto, I ended up with a rich, creamy pudding! These made a very satisfying dessert last night and a few snacks before that, although technically, I call them taste sessions 😇  ).

The texture of the golden orange pudding was moist and melt-in-the-mouth soft. The proportions of pumpkin added a lot of creaminess which was made light by the flour and leavening agent. My home-grown tasters pronounced it awesome warm as well as at room temperature. For me, knowing that it was filled with beta carotene was an added bonus! 😜 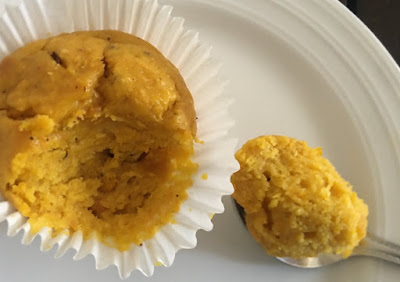 I beat together the oil, buttermilk, sugar, salt, egg, spice mix and baking powder until they looked well combined. I dared mix in baking powder at this stage because most of the other ingredients came straight out of the refrigerator, and I was reasonably sure they wouldn't react with the rising agent.

I mixed the flour in, and stirred the pumpkin mash and walnuts into the batter until they were quite homogenous.

Meanwhile, the oven was rapidly heating up to 180 degrees Celsius.

The batter was divided evenly into 12 large muffin cases and plonked into the oven for a 30 minute bake.

Once they were cooked and the tops were golden brown, I took them out and dusted some of them with cinnamon sugar. Sadly, those got eaten before they made it to the shoot :-)