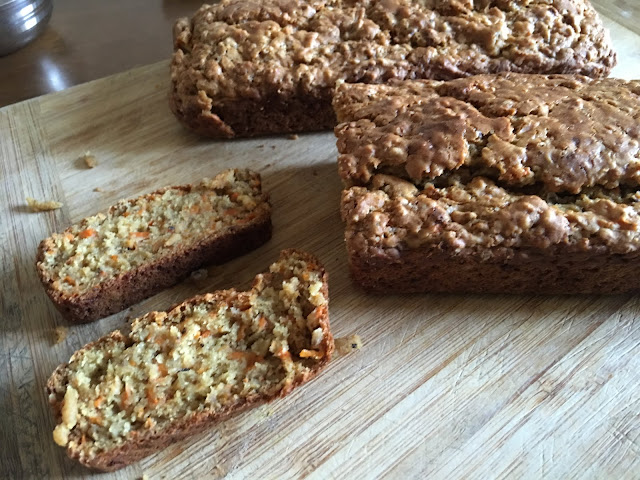 It's that time of year when the female population of Maharashtra pulls out its socks with separate bedrooms for big toes, and starts talking about a seed called aliv.  As though its ability to turn into a delightfully slippery fuzz weren't amazing enough, the aliv is also famous for its ability to cover a potpourri of maladies. Mothers usually speak of it in hushed tones, when someone complains of anything from backaches to lactation issues. I know from personal experience that aliv ladoos make the taste buds sing and act like they've won lotteries.

Yesterday, I bumped into a conversation where someone was looking for non-traditional uses of this wonder seed, and I rashly suggested using it instead of eggs in cake.

Today, I thought the conversation needed proof of concept, and dashed about madly reading up on aliv and trying out a recipe.

Many revelations were waiting.

Aliv is garden cress, the elusive half of mustard and cress sandwiches. Its botanical name Lepidium sativum makes it sound worthy of all the goodness associated with the seed.

The seed is pungent and bitter, a bit like raw mustard, and it turns out they are second cousins or something in the taxonomy of things.

The list of miraculous benefits is even longer than I've heard, and it is supposed to include anti-carcinogenic properties and cures for anaemia among other things.

The last revelation was that these seeds can actually replace eggs in recipes, hurrah hurrah and on to more rash statements!

Here is the recipe. 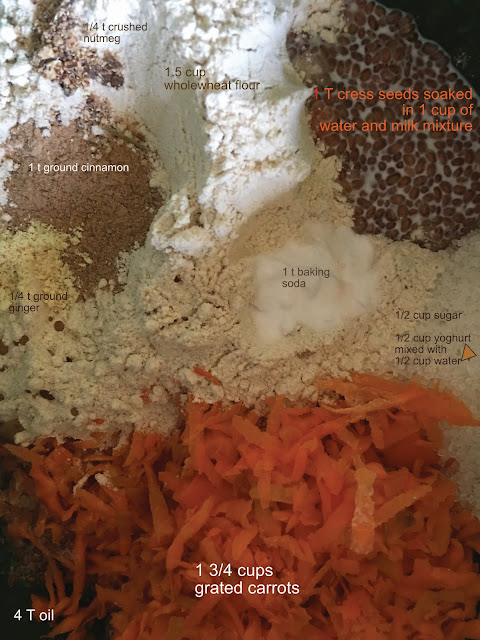 I mixed everything together quite thoroughly and poured the batter into two 4"x9" loaf tins.

They went into the middle shelf of an oven preheated to 180ºC for 30 minutes.

The spices were lovely and warm and the carrots melted into the cake like my resolve to exercise.
The cake was very very moist, because a cup of liquid quickly got soaked up by the aliv and I used another cupful to get the batter looking like a batter.
I wish I had used a single tin and got a nicer looking loaf.
Seasoning and sweetening :-) Am definitely adding more sugar the next time, besides a pinch of salt in the mix.
My original plan was to grind the seed before soaking it but the bitterness would have been unbearable.