Eggs in a nest 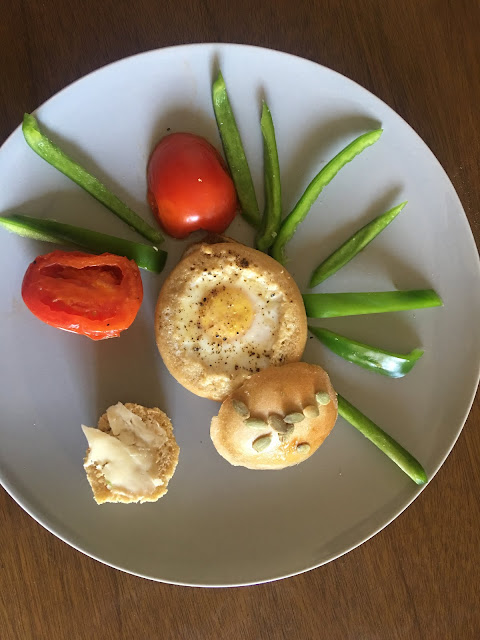 Now that the last slice of cake has been eaten and the last cookie crumb teased out of the corner of the tin, it's time to face the blindingly harsh realities of life again. Like the realisation that there will be some (no make that many) buttons that will either pop or remain unfastened.  And that for the next 11 months, you have to get food into your child without waving the santa carrot (groan).

In an attempt to avoid failure at task two, I made an old favourite that my mother used to whip up when I was little. She called it eggs in a nest, and so shall I (although there's just one egg in the nest above). I got a bit pushy, and threw in more than a fair share of veggies too... the tomato was sautéed on butter and the pepper sticks were raw (they were supposed to look like branches, but sadly, they just look like a plating arrangement gone wrong :-0)

Email ThisBlogThis!Share to TwitterShare to FacebookShare to Pinterest
Labels: breakfast, children, eggs in a nest