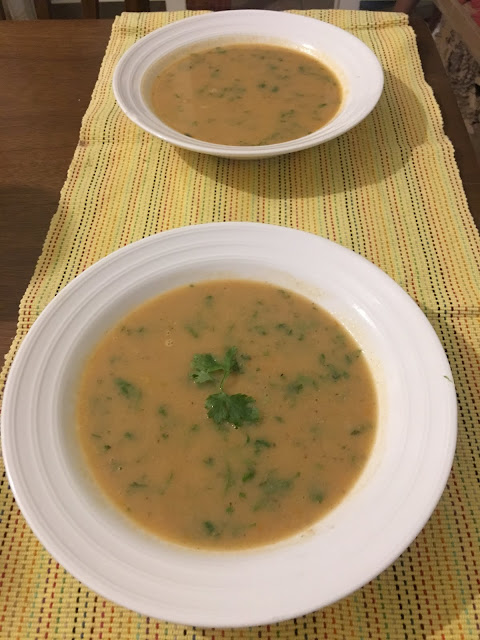 As far as experiments go, this one went off track by about a continent.

I was reading this article in pop sugar  about a milkshake with 20 g of protein, and the secret seemed to be half a cup of the humble bean added to the recipe.

This sounded exciting! As any vegetarian or almost-vegetarian knows, you can graze on the green stuff until you feel like a water-buffalo, and end up with no more than 10 measly g of protein a day.

Since it was too late for breakfast and early for leisurely experiments, I decided to try the bean trick out with soup in the evening. 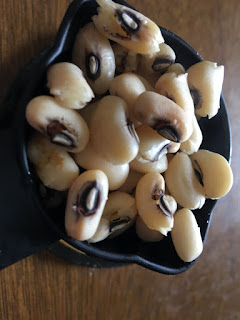 I sautéed the onions and garlic in warmed up olive oil until everything smelt heavenly. I threw in the remaining ingredients (except the coriander leaves) and let them simmer for 30 minutes. I added the chopped coriander towards the end.

A quick encounter with the blender and a squeeze of lime later, I ended up with a soup that was:

Not as protein-rich as I had expected.  According to a nutrition data site (that doesn't let you publish labels online), each serving has a mere 3.8 g of protein, which would be just right if you weighed as much as a petite pug. A wholewheat chapati has 3.8 g of protein, and it doesn't even get into the arena for protein heavyweight duals. I realised much later, that a lot of the protein in the milkshake recipe came from soy milk. Oh well.

Surprisingly yummy. The beans neutralised the acidity of tomatoes, and added a nice heartiness to the taste and texture.

A beautiful earthy salmon colour: This may be a very personal comment, but I love that shade in almost everything. The picture doesn't do justice to the colour, because it was shot in the evening in terrible light.

Full of lessons for Version 2. Black eyed beans have an aftertaste that seems to be characteristic of all cowpeas. It did get toned down by coriander leaves, but I think a few fennel seeds would neutralise it completely. And of course, there are so many other beans to experiment with...