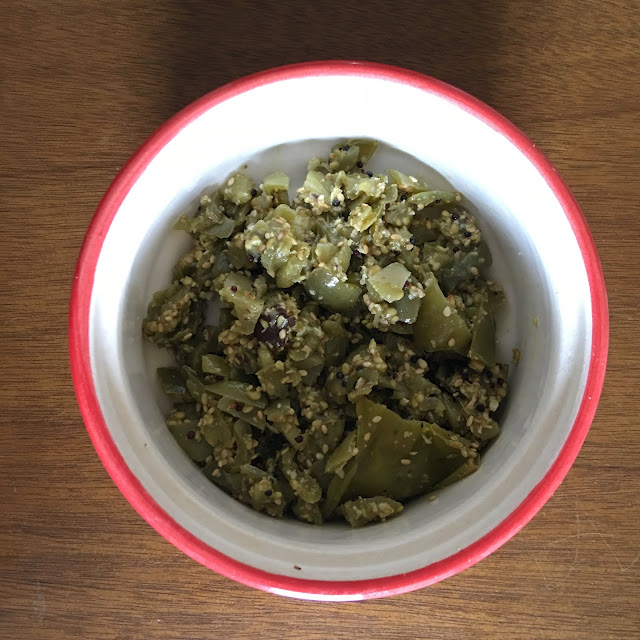 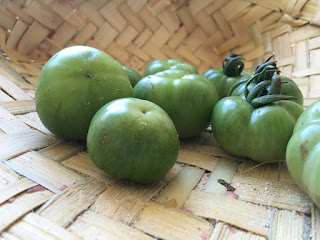 It's the time of the year when tomato plants bend with the weight of hard green fruit and you can legitimately pick a few because you're actually doing the plants a favour (doesn't sound too credible does it? I thought not!).

I asked my mother (who easily gets the gold every year for making this chutney) for her recipe and she said, temper some oil with spices, add some chopped tomatoes and when they're cooked, add toasted coconut and sesame seeds.

"Er which spices? How much oil? How many tsp of coconut and sesame?" I asked, fingers poised on the keyboard.

She laughed and said "Just put in whatever you have at home and whatever seems right".

Not very enlightening, but not surprising either. My mother owns a weighing scale that actually died of disuse, proving beyond doubt that whether or not immaculate conception is possible, immaculate death is.

A little more prodding got me the names of the seasoning spices, but that's where the info stream dried up.

So I thought I'd work backwards from the taste of the chutney, and figure out proportions that would get me there.

And luckily, I got there in the first attempt! Tempted to go out to buy every lottery ticket I can get my hands on, before Lady Luck drives off to hobnob with other people. 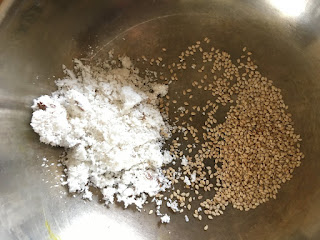 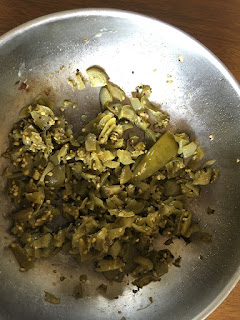 Heat oil in a saucepan and add mustard seeds. Once they start popping, put in asafoetida, give it half a stir and add tomatoes and the chilli. (It's best to keep the tomatoes at hand as the asafoetida tends to burn quickly).

Stir and cook covered, until the tomatoes turn mushy.


Meanwhile, toast the coconut and sesame seeds, stirring constantly, until they turn fragrant and brown. Take them off the heat as soon as they get to this stage, as the next stage is coal. 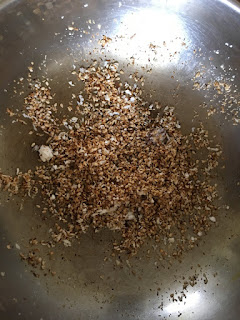 Add this mixture to the cooked tomatoes.

Mash everything as fine as you want with a fork or blender (depending on whether you like a chunky chutney or a smooth one), season with salt, and you're there!

I removed the chilli before mashing the salsa to reduce the heat, but you could leave it in if you wanted to.

You could intensify the sesame-coconut flavours by grinding the toasted mixture coarsely. I left mine whole because the coconut was crumbly by the time it was toasted. Alternatively, you could blend everything together to get a smooth chutney.