Bread made with two whole grains


Although the basket above looks like a bizarre experiment in diversity, the truth is that all the loaves you see came from the same ball of dough - or should I say petri dish?

My last batch of bread that contained ragi or finger millet  got  a bit dry the next day and I wondered if I had overcooked it (I had stopped at 94.5ºC).

In this batch, I took the loaves out when their insides were a degree cooler (93.5). They've survived overnight and the slices still taste more like bread than cactus skins. Yippee!

The recipe below has the timings and temperatures I used. 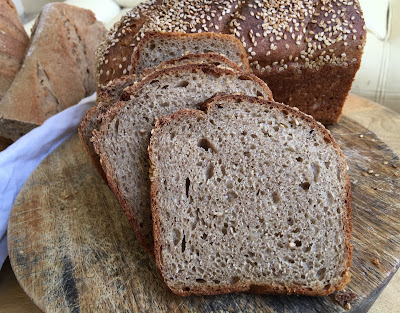 I mixed everything together and kneaded it, turning the dough by 90º after every stretch and fold routine.

Off for a nap went the dough for an hour, during which it doubled dutifully. I gently patted it into a rough rectangle on a lightly floured board and cut it into thirds.
One third was shaped into a loaf for a loaf tin, the second was shaped
into a foot-long roll, and the third was cut into two halves and shaped into smaller rolls. 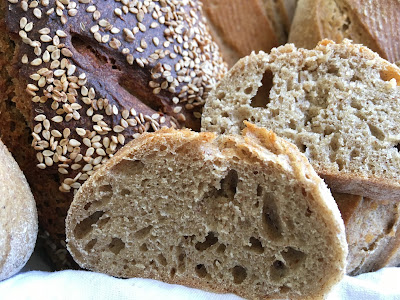 I placed these on floured cloth (and the loaf in a tin of course).

After 45 minutes, I put the rolls into an oven preheated to 250ºC. After 10 minutes and 5 rounds of spraying with water, I turned down the heat to 180ºC and let the little guys bake for 15 more minutes.

The loaf was baked at 250ºC for 10 minutes with much hissing and spluttering from the water sprays (5 times again) and then at 180ºC for 30 minutes. 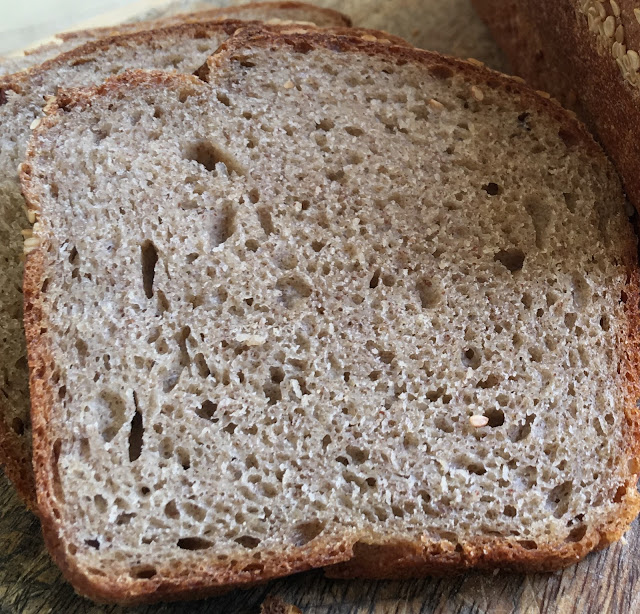