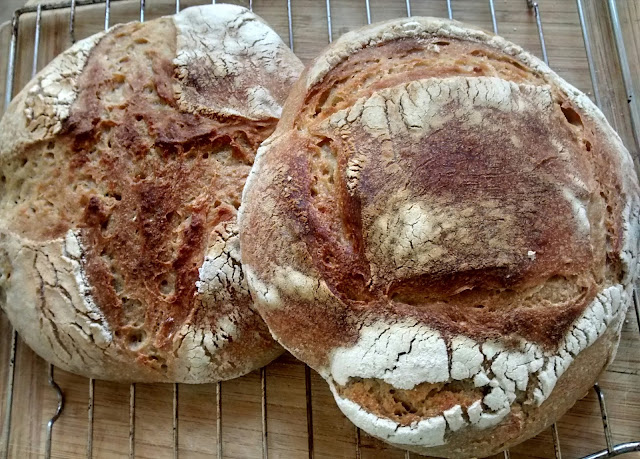 Although you can't see them in the pictures, there are two new things in this batch of bread. The first is a modified form of 'French kneading', which involves a much gentler slapping of the dough on the counter. I find that this modification helps preserve the eccentric rise that makes a sourdough look so good.

The other new thing that has contributed to these loaves is a food thermometer! It's made a world of a difference to the insides of my wholewheat bread! Thanks +David de Beer and +Denisa V for your help and recommendations!

The recipe was more or less standard. 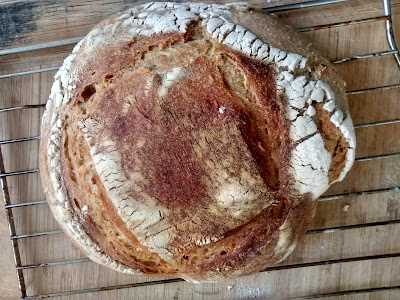 I mixed the flours and stirred in the starter and water at room temperature. After 30 minutes, I added the salt and kneaded the dough until it was smooth and pliant.

I put the dough back into the bowl and refrigerated it. After an hour, I took it out and left it covered, to proof overnight at room temperature. (we're in the middle of an October heatwave, so the hour in the fridge helped it battle against night temperatures of 26ºC).

This morning (7 hours later), the dough had doubled. I quickly shaped it into two round loaves and sent them back into the refrigerator to rise. After 6 hours, they had puffed a bit. A quick scoring later, they were in the oven at 220ºC for 10 minutes with much steam and fuss. 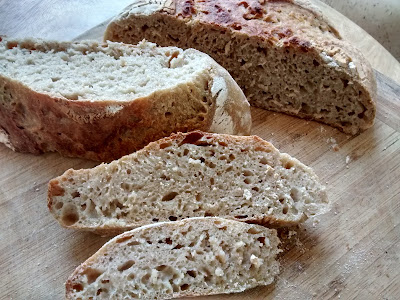 I then turned the temperature down to 180ºC and let them bake until the temperature at the centre of the loaves was 93.5ºC. (have discovered over the last few days that my loaves are gummy at 91ºC, and in hurrah-land at 93ºC). 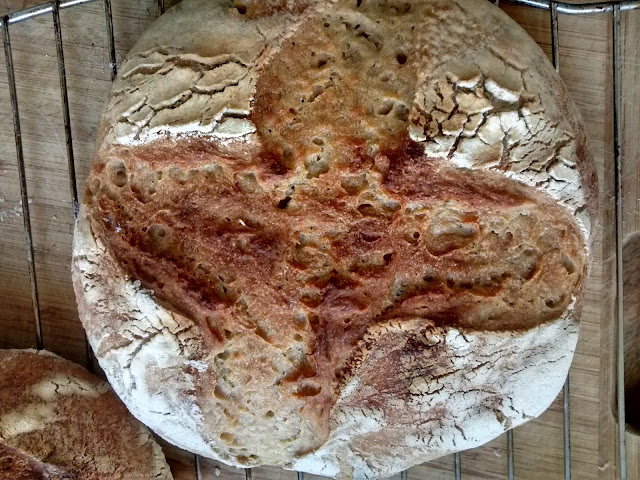