A zingy dip with mustard sprouts, cucumber and yogurt 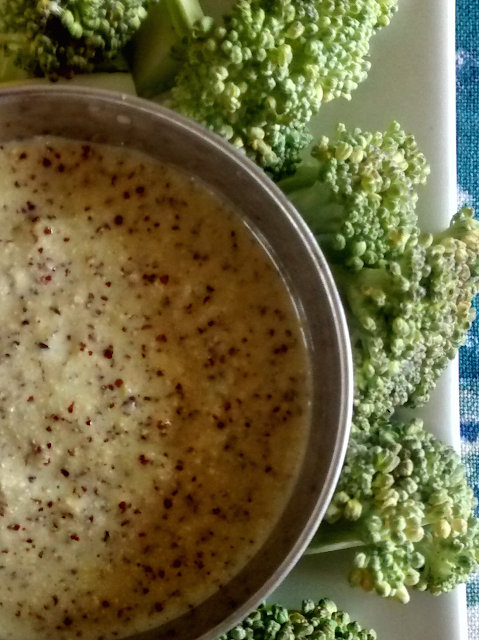 This recipe began, as many things do, with a miscalculation.

A few days back, I'd set some mustard seeds to sprout on damp kitchen paper. What I wasn't prepared for was the sheer volume of the lively sprouts I got in a couple of days.  I sprinkled some into a salad yesterday, but by this morning, they had grown to fill the sieve again!

So here I was, with 3/4 cup of lively mustard sprouts and no plan except a vague idea for a dip.

Meanwhile the sprouts were growing. If you have never been pressurised into thinking faster than an expanding glut of sprouts, trust me, it's a scary experience.


So I quickly peeled and chopped a cucumber to tone down the sharpness of the mustard, added a tablespoonful of yoghurt (homemade) to add some smoothness, and blitzed these with the sprouts and a bit of salt in a blender. 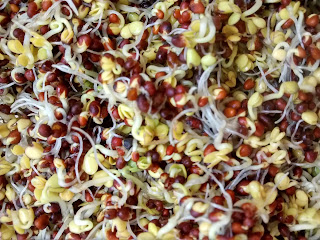 Yay I had won the battle of sprouts!