I thought I would be able to put up this post a couple of days ago, but my first bread exercise with my new sourdough starter turned out to be good-for-nothing. Not good for eating by anyone but sharks and people with dentures of diamonds. Not good enough for making a bullet-proof vest, because while the bread was hard enough to resist a machine gun onslaught, there wasn't enough of it.

So after a bit, ok lots of changing of the formula, here I am, with a recipe that works.

There were three stages to it, so I will put them down one by one. Sadly there are no pictures, because after my first attempt and a ruined bread knife, I was scared to crack the lens of my phone camera. 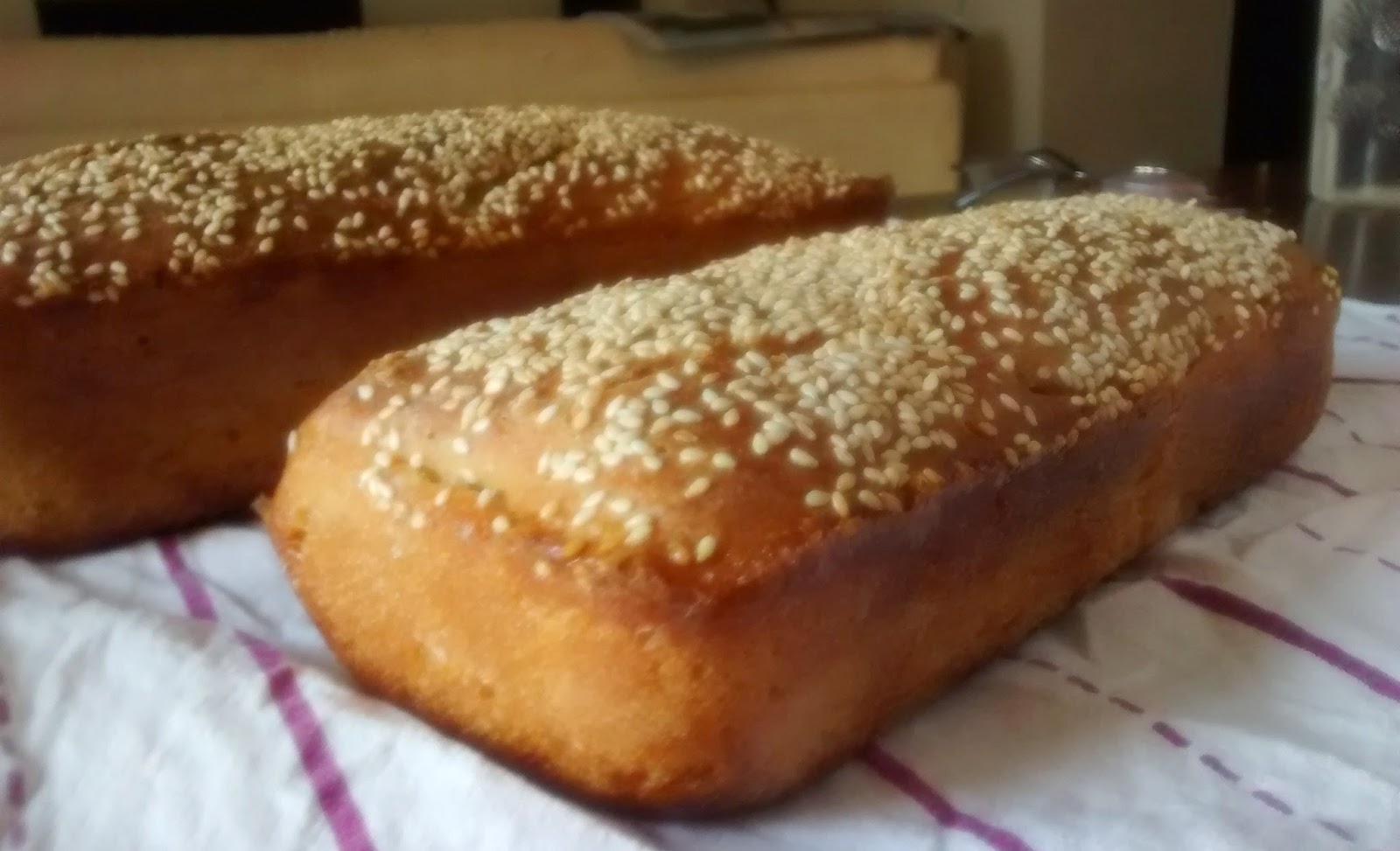 Here they are, sourdough to some, sour grapes to some (yeah Ashwini dream on)!

I blended the starter into the water in a large bowl and stirred in the flour. Then it was nap time until the blend bubbled. Yesterday was a warm day, and it took around 3 hours.

The flour went into the bubbly as did the water. I stirred everything around with a spoon and let the wet, sticky, must-find-therapist-for-coated-spoon batter rest for a while. Yes, it was more a batter than a dough.

After 30 minutes, the salt went in and the whole thing was stirred around again. Rest time again.

In the two hours that followed, I used one of those blunt ladles they make for non-stick pans,  to do a half-hearted stretch and fold.  Less impressive than this sounds, this meant that I shoved the spoon under the doughy batter from different times and pulled out big stringy bits that I let flop in top of the mass.

Then it was bed time.

This morning, the batter had obliged by growing to more than twice its volume. Hurrah.

Since the dough was too runny to shape (at least for my clumsy inexperienced hands), I just divided it among two loaf pans. I slashed the tops of the loaves, and sprinkled sesame seeds on them. Then it was time to do other things for 2 hours, while the dough rose almost to the top of the pans. (about double the volume again).

I didn't do any of these this time. Instead, I just flooded the top of the sesame coated dough with water. I didn't measure the water, since this was a last-minute idea, but there was enough to drown the top of the unbaked loaves along the edges.

Then it was baking time. The first 15 minutes at 250 degrees, and a good 35 minutes at 170 degrees, until the base of the loaves sounded hollow and the colour was a bit darker than I wanted (they lighten as they cool). 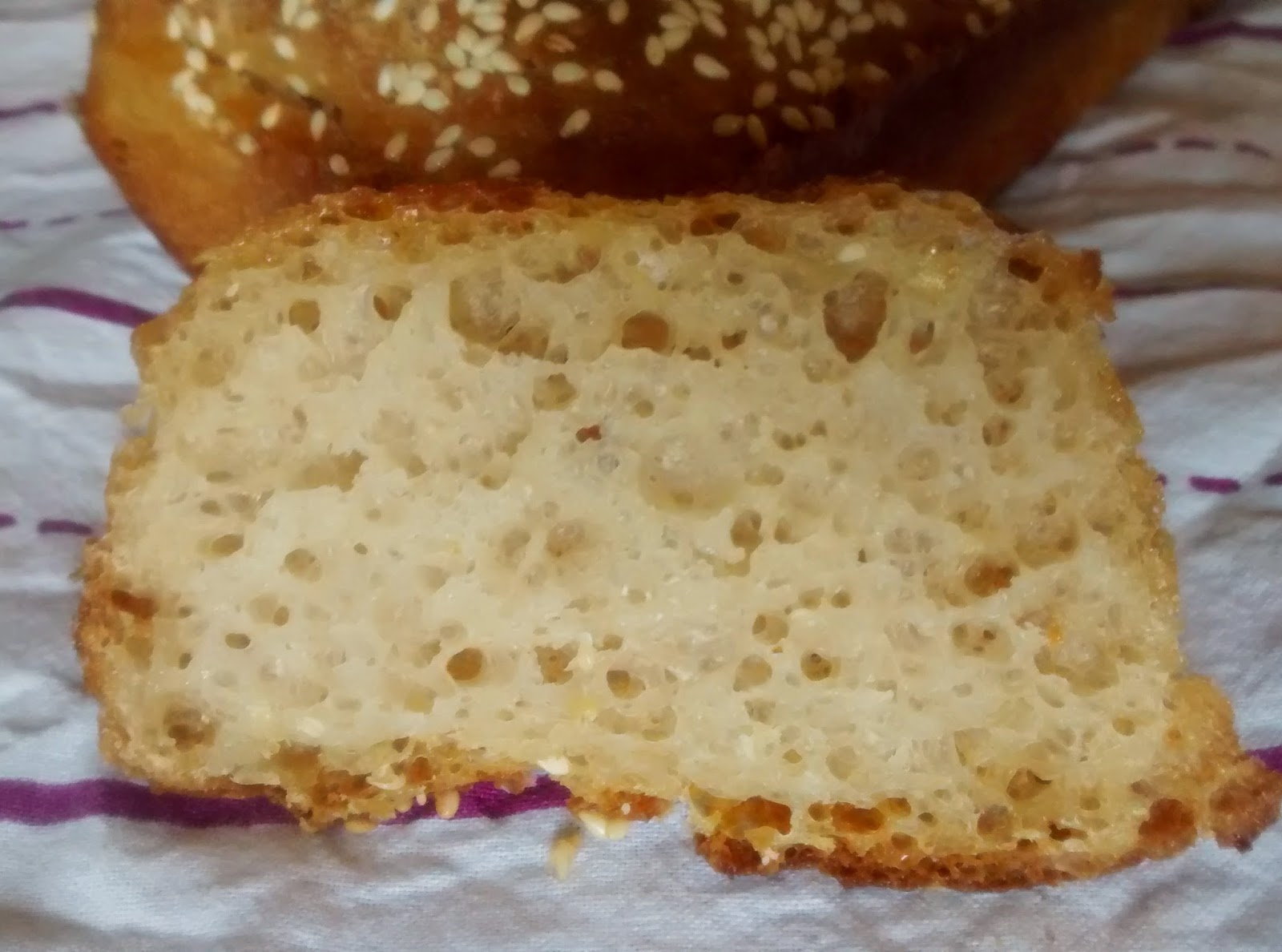 As happy as a dog in a dinosaur museum!